This week had so much new music that we needed to drop a caveat: 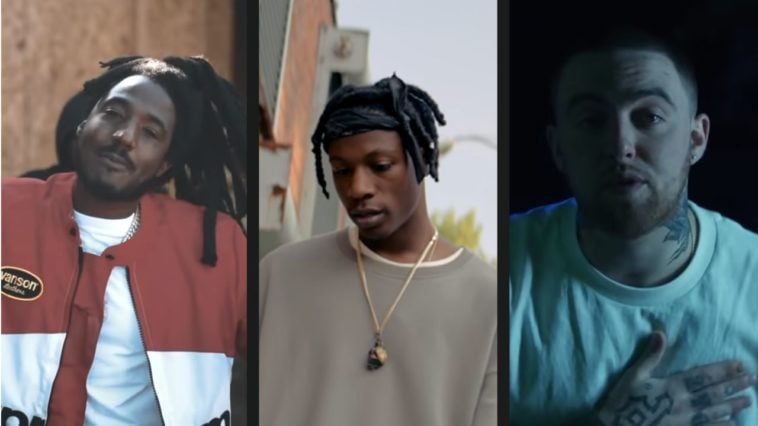 In more ways than one, it is great ensuring there is something for everyone, no matter the mood you’re in. Get that cold drink, chill by that pool, whip out those AirPods, and set it to the right volume to any of these offerings from Mozzy, J. Cole, Joey, and a host of others.

However, instead of titbits, we are getting a buffet.

2000 is here. Finally, Joey gave us snippets until he had us hooked, and now, in his kindness, he has dropped the full album.

“Stick” is no different.

It has been more than three years since Mac Miller’s death, but we’ve got posthumous drops. This week, the Miller estate made his sixth mixtape, I Love Life, available on streaming platforms.

Let us know what you think of this new banger.

However, in the middle of all that, the Empire State, the concrete jungle where dreams are made of, was about to give us something fresh: Slump6s.

The 17-year-old rapper has just released his album Genesis; the album boasts the new single “Red” feat. Destroy Lonely. The fusion of sounds, the experimentation with beats, and the vocals of Slump6s make this a must-listen.

This is a teen that is going places and one to keep a weathered eye on.

The New York rap scene was in a bit of a tizzy when Funk Flex hit back at Conway the Machine for saying he is gatekeeping. The beef did not last long, ending in a peaceful collab.

This 15-track masterpiece from a veteran and CMG labelmate (Yo Gotti is putting in that workk!) boasts features from Roddy Ricch, Moneybagg Yo, and Blac Youngsta.

With all that’s happening on our piping hot planet, including political unrest, diseases and poisonous pink sauces running amok; we’re raising our vibration with the Holistic Banji himself, Daru.

This Newark, NJ artist’s new single “Let Go” is “kinetic energy” and a form of “moving meditation” to enjoy when driving on the highway as the sun sets, painting, dancing, or even cleaning.