The Milbank Memorial Fund has apologized for their role in the 1930s Tuskegee Experiment in which black men suffered and died from untreated syphilis in the name of medical research. Monetary donations were also given to the descendants of the men in the experiments. 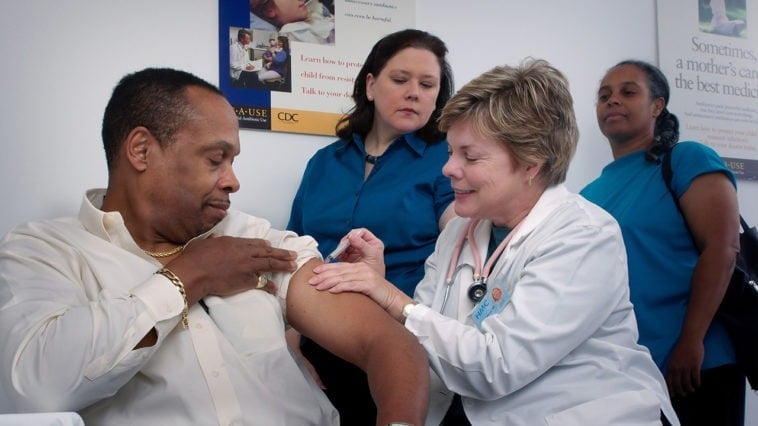 50 years after the infamous Tuskegee syphilis study had been outed to the public eye, the organization that made funeral payments, the Milbank Memorial Fund, has finally publicly apologized Saturday, June 11 to descendants of the study’s victims.

“It was wrong. We are ashamed of our role. We are deeply sorry,” said the president of the fund, Christopher F. Koller.

Koller had also said, “The upshot of this was real harm. It was one more example of ways that men in the study were deceived. And we are dealing as individuals, as a region, as a country, with the impact of that deceit.”

The apology, which was accompanied by a monetary donation given to a descendants’ group, the Voices for Our Fathers Legacy Foundation, was made during a ceremony in Tuskegee at a gathering of children and relatives of the men who were part of the study. The amount that was donated is not currently known.

In response to Koller’s apology, Lillie Tyson Head, the daughter of Freddie Lee Tyson, who was one of the study participants, said, “It’s really something that could be used as an example of how apologies can be powerful in making reparations and restorative justice be real.”

What Was The Tuskegee Experiment?

The Tuskegee experiment began in 1932 and involved 600 Black men, most were poor sharecroppers from the area and the research was conducted on the campus of the then-Tuskegee Institute by the U.S. Public Health Service. These men were mostly illiterate and had not been informed they were part of a medical study. Instead, they were lured and deceived by the benefits of high-quality health care rarely received by their peers.

When medicine was available to treat syphilis in 1947, these men were not given the treatment but were told they had “bad blood.” Dozens of men died and their wives and children became infected.  Because of this, the Tuskegee Syphilis Experiment has been recorded as the most egregious and deplorable examples of scientific and medical racism in US history.

In related news reflecting on reparations for past racial harms, it was recently revealed that Harvard University has in their possession the bodily remains of nearly 7,000 Native Americans and almost 20 people who were likely enslaved. This is according to a leaked draft report from a Harvard faculty committee. The report urged the university to return the remains to descendants’ families.

The draft report was by a committee working on how to handle the university’s collection of human remains. The committee urged the school to return remains to descendants’ families. Where ancestry is unclear, the university was encouraged to consult the descendants’ communities about how to address returning the remains.

Bacow said Harvard would create a “Legacy of Slavery Fund,” which will continue to research and memorialize that history. This would be conducted alongside descendants of Black and Native American people enslaved at Harvard and its broader communities.