The Marathon Collective, a licensed marijuana store in Los Angeles, opened its doors to the public this weekend. Loved ones of Nipsey Hussle held a ribbon-cutting ceremony to celebrate. 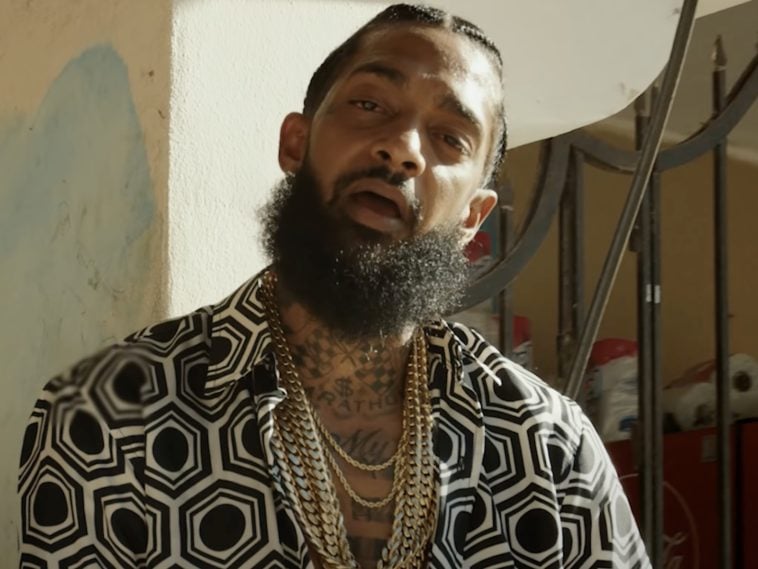 Before his death, late hip-hop icon Nipsey Hussle dreamed of owning a legitimate marijuana business. This past weekend, that dream was fulfilled.

The brick-and-mortar store opened on Saturday, June 18, with a ribbon-cutting ceremony held at 11:00 am. Loved ones such as the rapper’s brother Black Sam, the love of his life, actress Lauren London, and actor Jackie Long were in attendance at the grand opening.

Black Sam and London both addressed the crowd before cutting the ribbon, telling the supporters, “The marathon continues,” as a rallying cry that was met with an eruptive round of applause.

On social media, many were excited about the opening of the Marathon Collective store. On Twitter, a user identified as @Saucedup_Relle gave props to the marathon movement with positive words by tweeting:

“Congratulations is in order , The Marathon (Collective) opened up today.

The excitement surrounding the grand opening of The Marathon (Collective), a premier THC and CBD retail store by Nipsey Hussle and loved ones is great news for the family. Even more good news is that the murder case against the man charged with killing the west coast rapper began last week, bringing us all one step closer to justice for Nip.

Furthermore, the prosecutor said that Holder intended to kill and knew what he was doing before he did it. Thus, this is a planned and premeditated murder. The 32-year-old suspect will face one count of first-degree murder and two counts of attempted first-degree murder.