During a trip to Target, Offset surprised a down-and-out mom by paying for her family’s entire cart of items. Instagram user @siennadiaz._ thanked him in a video where she explained her family’s encounter with him. 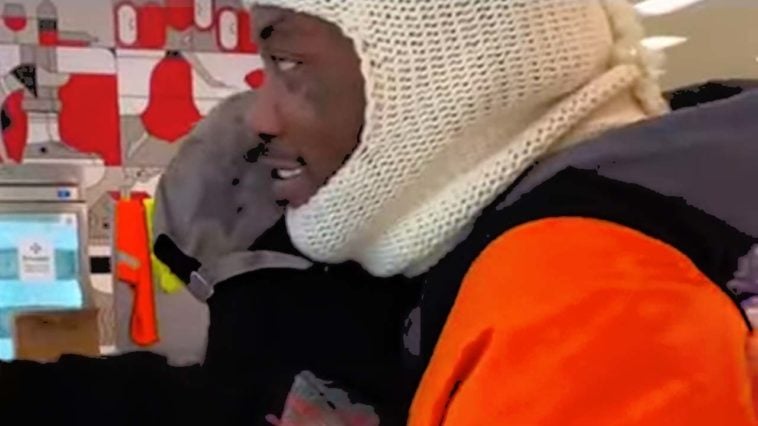 Offset Blesses A Family With A Shopping Spree

The Instagram clip shows Sienna and Offset hugging in the checkout area of a Target as the woman cries. Sienna gave a shout-out to Offset in the caption, as well as SheShe, the woman who recommended some makeup and who seems to work with Offset.

Sienna explains her mother was having a tough morning, so she took her shopping for Christmas gifts. Her mom didn’t get a lot of sleep the night before, so she wanted to purchase a new concealer to cover the bags under her eyes. A woman standing next to them – later determined to be an Offset affiliate – struck up a conversation and began recommending brands. When Sienna’s family went to check out, she found out how much the makeup cost.

Sienna continued, “Offset came over and gave my mom the biggest hug. He told her that whatever she was going through, that she would be okay. No one has ever done anything like this for my mom and we are truly grateful.”

Offset recently bought his wife Cardi B a mansion for her birthday.

For Cardi B’s 29th birthday, the superstar had a huge dancehall-themed bash where she was gifted a $1.5 million six-bedroom and six-bathroom villa in the Dominican Republic with a swimming pool on its roof for her birthday from her husband Offset.