This weekend will mark just one month since Travis Scott‘s deadly Astroworld Festival tragedy where 10 people lost their lives and over 300 people were injured. The streaming platform, Hulu, is already advertising a documentary on it and fans are infuriated saying it’s too soon. 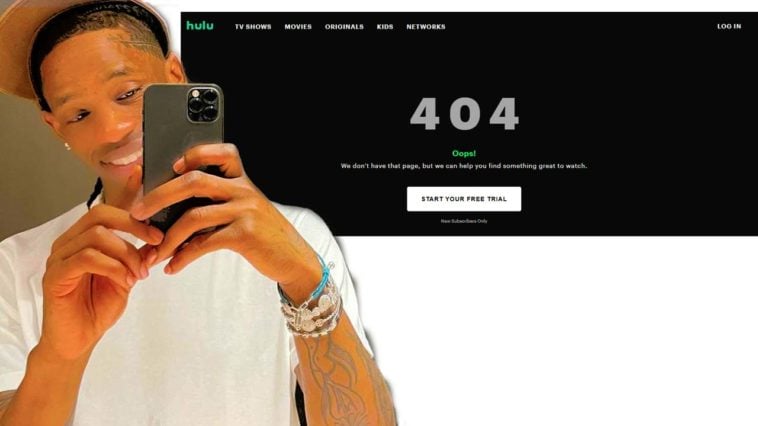 Many anticipated that Astroworld documentaries would be created over the next year to go in-depth about the horrific night at Houston’s NRG Park. Now, Hulu has announced the first documentary out the gate –  just one month from the tragedy when emotions are still raw and mourning families are devastated.

The blowback against Hulu’s hastiness comes as funerals and memorials for the dead concertgoers have only recently been held or are still in progress, such as that of 10 year old, Ezra Blout, who was trampled and passed away from his injuries.  The family is one of over 300 parties suing Travis Scott and has declined Travis Scott’s offer to pay funeral costs.

“Travis Scott’s Astroworld Festival was supposed to be the concert of a lifetime,” said Hulu’s description about the documentary. “But it turned into a tragic nightmare. A minute-by-minute look at what happened in the crowd, the young victims who were killed, and what happens next.”

Social media users took to Twitter to express their disapproval of Hulu making this documentary so soon.

“Hulu making a documentary about Astroworld is in poor taste all around,” said one person on Twitter, which was “liked” by over 11,000 people. “People are still burying their loved ones. The legal cases haven’t even started. Great documentaries are done when all the facts are laid out. Not enough time has passed to fully discuss this.”

It appears that Hulu has heard the outcry from fans and has taken down their page advertising the Travis documentary.  As of this writing, the original landing page for the documentary is no longer reachable and has a 404 Error message.

Megan The Stallion Cancels Concert Out Of Respect For Hurting Houston

Megan The Stallion has canceled her own plans to celebrate her graduation from college in consideration of her Houston hometown – still raw and healing from the Astroworld tragedy.
Meg’s concert was originally scheduled for December 3rd at 713 Music Hall and would have kicked off her celebration for her graduation from Texas Southern University.  The rapper commented that her hometown of Houston is still healing from the tragic Astroworld events and that a celebration concert at this time would be inappropriate.