These ladies are in their bags and building empires! Let’s see how they do it. 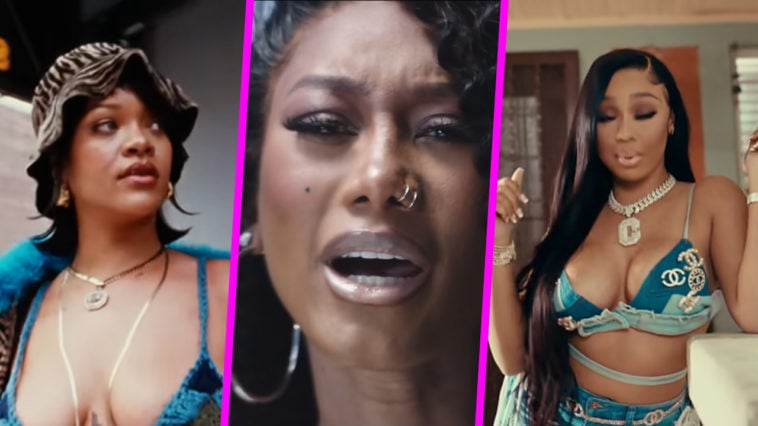 Fans are still patiently waiting for the arrival of her new bundle of joy, since announcing she is expecting, but Rihanna is still out here working until she cant anymore.  The bad gal billionaire took to Instagram to announce the launching of FentyAfrica set to release May 27, proving she’s planning on building an empire for her baby around the world!

Muni Long is Giving Out Pain

Upcoming R&B star Muni Long took over social media with her hit song “Hrs and Hrs.” Looks like the singer-songwriter is back with a new  single “Pain” and fans are loving the sound, Muni never disappoints!

The deluxe album has new remixes, new features and new songs! Aunty will also be honored with the icon award at the Billboard Music Awards this Sunday.

Coi Leray stepped out with a new look to celebrate her 25th birthday. The trendsetter is set to go on tour this month, and fans are ready.

After recently signing a record deal  with Yo Gotti, Lehla Samia is coming into the music scene hot! The singer dropped a new single “Call Me” that gives a 90s R&B sound that will never get old.

Milwaukee rapper Lakeyah graced fans with dope visuals to her new catchy record “I Look Good.” Fans are loving the new sound, and are supporting the switch up!
Up and coming female rapper Glorilla recently went viral for her hit song “FNF.” With over three million views on Youtube, the Memphis rapper has graced fans with a new banger, just in time for summer!