SpotemGottem got into legal trouble Sunday during an attempt to escape the police… on a jet ski. 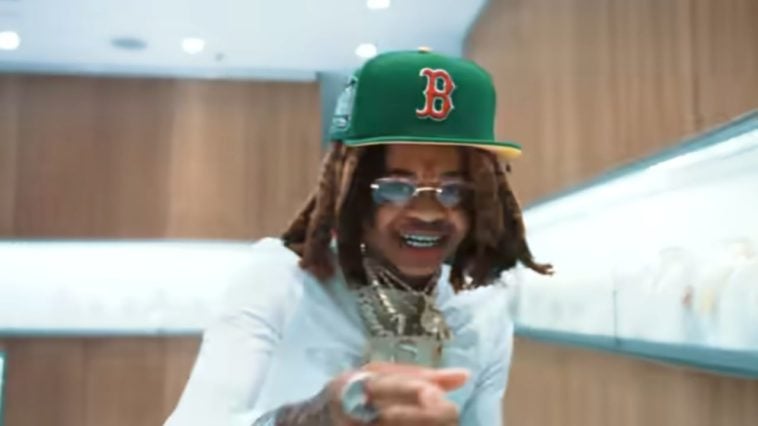 Nehemiah Harden, who goes by the rapper name SpotemGottem, was arrested Sunday after getting into a jet ski high-speed chase with the police in Miami, Florida.

According to reports from local Florida news,  law enforcement said the “Beat Box” artist put many people who were swimming in the Florida waters at risk of getting hurt.  A police officer noticed a jet ski in a restricted speed zone with posted signs engaged in freewheeling stunts in an “S” pattern near boats anchored nearby. When police tried to pull him over, Spotem took off, swerving between people and boats.

Police cited the rapper for his alleged, “wanton disregard for the safety of persons and property at a speed or in a manner as to endanger himself or others.”

The arrest got reactions from people on Twitter, who commented that the rapper was behaving like he was in a video game.

“My nigga SpotemGottem playing GTA in real life running from laws on a jetski.”

The Jacksonville Florida native was previously arrested for aggravated assault and possession of a gun in 2021.

In September 2021, the Jacksonville rapper SpotemGottem was shot five times in Miami.

Reportedly, the drive-by shooting took place at 3 am EST. After leaving the studio, Spotem was driving his Dodge Charger on I-95 when an unknown car pulled up alongside them and sprayed the car with bullets.