Summer Walker spent most of her latest album trashing London On Da Track and is once again calling out his poor parenting over their daughter. 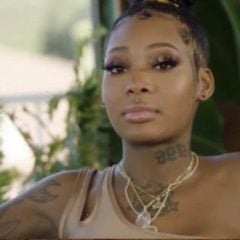 Summer took to Instagram to completely air the situation and London out for apparent carelessness with their daughter, who was sporting a bruise after a parental visit with him.

Summer first posted a text message thread between her and London in which she asked London to send a picture of their daughter who was visiting with him.   Apparently, London never replied to the request.

“I ask for the same thing every time. If I didn’t wanna talk to someone I’d just send the picture before anyone even have to ask and be done with it.”

Summer then went on to show more of their texts and a picture of the bruise on their daughter’s face.

“And you weren’t gone tell me about this f*cking bruise on her head, this the second time she dens came back with something wrong with her. Answer the phone.”

The drama between Summer and London is a never-ending saga. Summer wants everyone to see what she goes through with London and seems to want out of their co-parenting relationship.

Recently, Summer broke records after dropping her latest album “Still Over It”.

Summer Walker is making history as her new album “Still Over It” is the first No. 1 R&B album since Beyonce’s “Lemonade” in 2016. It is also Summer’s first No. 1 album on the Billboard 200 chart.

With the success of Still Over It, Lauren denounced the involvement of her ex and producer, London on the Track, and his involvement with the project.

Summer says that while he did get an executive producer credit on the album, the “Ex For a Reason” singer says he was barely involved in the new release, claiming that he simply stamped his name on some of the songs