There could be high hopes for the release of Brittney Griner. The Biden Administration Office has provided an offer in exchange for Griner’s release. 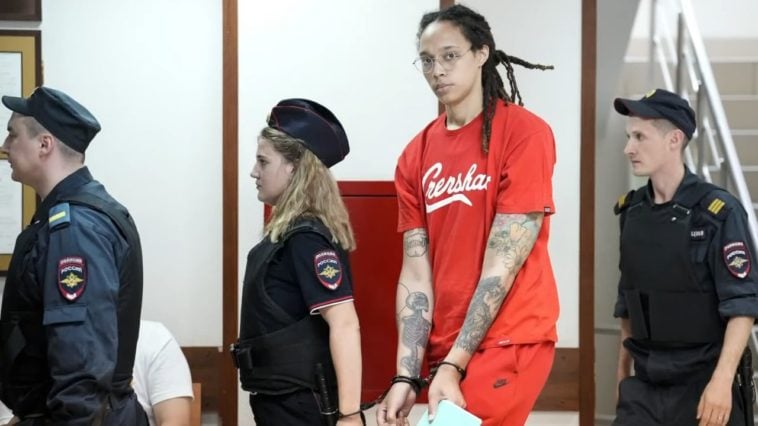 Bout is currently serving a 25-year sentence in a US prison.

In exchange, the admin team is requesting the release of Brittney Griner and Paul Whelan, a US citizen who was arrested on alleged espionage charges in 2018.

However, the Department of Justice is against the prisoner trade.

According to Secretary of State Antony Blinken, President Joe Biden advocated for the requested exchange and was “directly involved” in signing off on the offer.

This approval will overturn any resistance made by the DOJ.

During a press conference held on Wednesday, Blinken announced he plans on having his first conversation this week with Russian Foreign Minister Sergey Lavrov.

Hoping that the much-needed call will finally bring Griner and Whelan back home:

“My hope would be that in speaking to Foreign Minister Lavrov, I can advance the efforts to bring them home.”

As far as the exchange offer, the US presented the “substantial proposal” back in June for the return of Griner and Whelan, who is now categorized as wrongfully detained, but Moscow has yet to respond.

According to NBC News, earlier this month,  Alexander Boikov, Griner’s lawyer, told reporters that Griner admitted to the vape canisters being hers but had unintentionally brought them to Russia.

The lawyers also submitted a document granting permission to use cannabis for medical purposes, issued by Arizona’s Department of Health.