Sisters of disgraced singer R. Kelly have spoken out in defense of their brother, claiming that racism was the fault for his conviction. Meanwhile, his former manager pleaded guilty to stalking with intent to intimidate a victim. 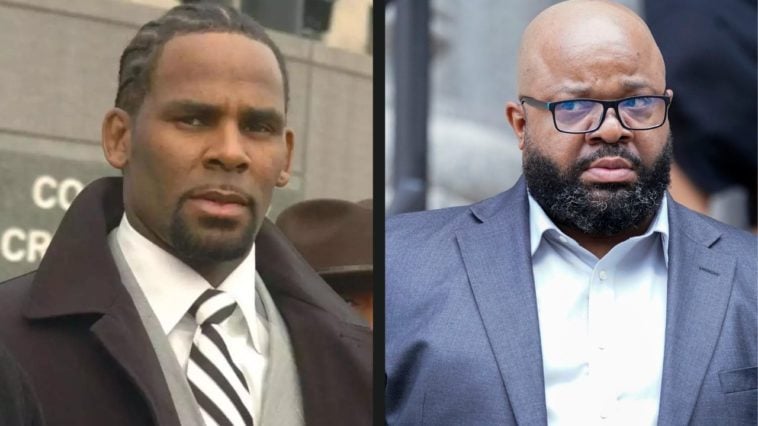 How Could You Sit Here And Say That?

Just as the disgraced singer R. Kelly has started to serve his 30-year prison sentence, his three sisters spoke out in defense of their brother Wednesday, in an interview with “Good Morning Britain.”

“Good Morning America” correspondent Noel Phillips shared that the former singer had been sending letters from prison, saying that his 30-year sentence was because of the color of his skin, as context before the interview started.

“African Americans have always been treated unfairly. So I think that, that has a lot to do with it as well as other factors.”

After being asked by the interviewer if their brother had ever been with underage girls, Lisa Kelly said:

“I can say he may have been with younger women, but as far as underage girls, no—and I stress underage girls. Who has seen that? I believe a lot of the alleged victims are bitter.”

When Phillips asked her to acknowledge the victims that have suffered from her brother’s abuse, Lisa Kelly doubled down, stating:

Philips had shown his confusion at the statement, asking her:

“How can you sit here and say R. Kelly was the victim?”

“I just told you,” Lisa Kelly said back. “I don’t care about what a lot of people [say], I can only go by what I see, what I know, what I’ve experienced.”

Philips read a statement from one of the victims during the “Good Morning Britain” broadcast:

“R. Kelly’s sisters should be supporting us, women of color, for bravely speaking out. He deserves to spend the rest of his life in jail.”

Donnell Russell, R. Kelly’s former manager, pleaded guilty on Wednesday to interstate stalking after using phone calls, emails, and text messages to harass and intimidate, not only the victim but also her mother, who have been identified only as Jane Doe, as reported by the Chicago Tribune.

United from Breon Peace said in a statement:

“Russell used threats, harassment and intimidation in a deliberate effort to silence one of R. Kelly’s victims and prevent her voice from being heard. When his initial effort failed, he continued his vile campaign by sending threatening messages to Jane Doe and her mother, and publishing explicit photos of the victim on the internet before and after Kelly was indicted.  As this prosecution makes clear, the defendant’s conduct was not only reprehensible, but it was also criminal and will not be tolerated.”

In addition, prosecutors have said that this harassment went on from November 2018 to February 2020 after the woman filed a civil lawsuit against Kelly.

Russell will be sentenced in November on both charges and will face up to five years in prison on each charge.

Donnell Russell, R. Kelly’s former manager was convicted Friday, July 22, with charges that originated from a gun threat he made during the December 2018 screening of “Surviving R. Kelly.”

The manager was found guilty of threatening physical harm through interstate communication.

Federal investigators revealed that the former manager made the threat to the New York theater from his Chicago home.

His sentencing will be in November 2022, and he will face up to five years in prison.