Master P announced on Instagram that his eldest daughter Tytyana has passed away. His son, Romeo Miller, made a statement about the family’s loss as well. 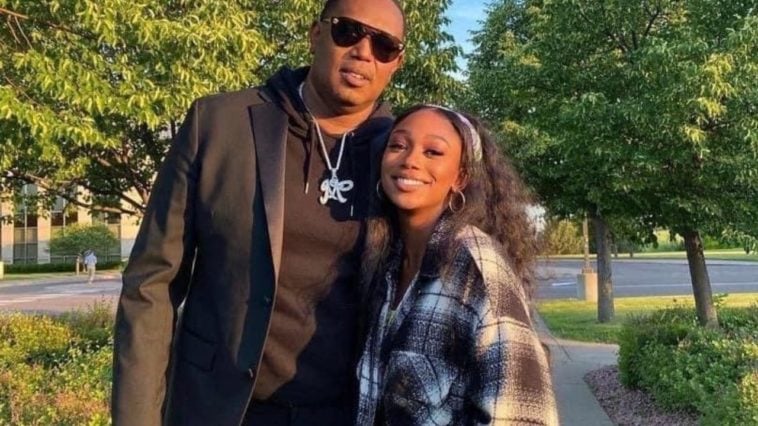 293 Views
Comments Off on Master P’s Eldest Daughter, Tytyana Miller, Passes Away At 29

Master P and the Miller family are mourning the loss of his first daughter, Tytyana Miller. Tytyana passed away at 29 years old after battling mental health issues and substance abuse. No cause of death was shared.

The music mogul made the announcement via Instagram. He posted a photo with the caption,

“Our family is dealing with overwhelming grief for the loss of my daughter Tytyana. We respectfully request some privacy so that our family can grieve. We appreciate all of the prayers love and support. Mental illness & substance abuse is a real issue that we can’t be afraid to talk about. With God, we will get through this. #MyAngel”

Master P’s oldest son Romeo Miller, also took to Instagram to speak about his sister’s passing.  He posted a photo with a similar caption reading,

“Our family is dealing with an overwhelming grief for the loss of my little sister Tytyana. We respectfully request some privacy so that our family can grieve. We appreciate all of the prayers, love, and support, and although this is sad times, I’m forever grateful for the memories I did have with my amazing sister. Love on your loved ones, life is short. The silver lining, I know she’s in a way better place and finally at peace and free. God Bless. -RM 😞🤍🕊”

Fans took to social media to offer support and condolences to Master P,  Romeo, and the entire Miller family. On Twitter one user identified as @Tuchie___ shared how she remembers Tytyana from the reality show, Growing Up Hip-Hop, tweeting,

“I remember her battling addiction on an episode of GUHH. My condolences to the Miller family.”

Another user on Twitter identified as @Nuface expressed empathy for the Miller family, tweeting,

Tytyana was featured on the reality show “Growing Up Hip-Hop” in 2016, where she openly shared struggle with substance abuse. She also starred in the film “A Mother’s Choice” in 2017.

The Battle With Mental Health

Mental health and substance abuse is a battle many are dealing with today. Just last week, TDE rapper Isaiah Rashad spoke about his battle with depression and suicidal thoughts after being outed as gay earlier this year.